Born Flexin (Download): http://bit.ly/AudioMackBornFlexin
Boston rapper Born (of critically acclaimed duo G.Dot & Born) pays homage to one of his biggest inspirations with his new video for “Don Julio Pena,” an ode to the kickboxing champion of the same name.

The IGNORVNCE-produced banger, which appears on Born’s killer ‘Born Flexin’project, serves as the soundtrack for visuals filled with footage from Pena’s career. The video is a collaboration between Josh Bliss Lighten and Third Eye Fly, who used clips of the fighter knocking out his competition and also training at the Hardknocks gym.

As dope as it is to what Pena do his thing in the ring—that clip where he elbows his opponent is just brutal—it’s the training footage that really hits home. That’s because you get to see exactly what guest Geo Fendi means when he raps, “Heart of a lion, Don Julio with the uppercuts,” on the hook. This is a man who works himself to the bone to do what he loves and help others reach their goals.

That right there is what inspires the Boston emcee, who himself has used Muay Thai as a way to stay disciplined and focused on his music career. As for feeling like Don Julio Pena? “It’s feeling like a champion!” Born exclaims.

You can watch the “Don Julio Pena” video now. ‘Born Flexin’ is available for download through AudioMack and DatPiff, can be streamed in its entirety via SoundCloud (refer to links below). 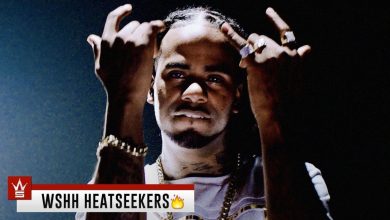