Buy The Land Soundtrack on iTunes: https://theland.lnk.to/TheLandSoundtrackYO
Check out the first music video ‘Goodbye’ by Ezzy off of The Land official soundtrack, executive produced by Nas. Directed by Steven Caple Jr., Ezzy takes a stroll down his neighborhood and says goodbye to his life struggles in a “letter to the hood”. Produced by Rafi Gavron, the song’s motivational energy pairs perfectly with Ezzy’s positive message.

“Goodbye is a love letter to the neighborhood and the struggle. It has the classic hip hop vibe with fresh lyrics. Ezzy wrote the perfect song for the film, we wanted that feel-good energy that lifts people’s spirits. So to be able to direct the video and collaborate with Ezzy and Rafi, who produced the track in a closet of a hotel, was special. As we share it with the world it becomes an open love letter.” — Director Steven Caple Jr.

About The Land film:
Executive producer Nas presents this vivid inner-city saga set amidst Cleveland’s hip-hop underground. Teenage buddies Cisco (Jorge Lendeborg Jr.), Junior (Moises Arias), Boobie (Ezri Walker), and Patty Cake (Rafi Gavron) shrug off school to practice skateboarding, which they hope will be their ticket to a better life. In the meantime, they steal cars to finance their dream. But when they get mixed up in a drug deal and cross a ruthless crime queen-pin (Linda Emond), they put their friendship—and lives—on the line. Set to a choice hip-hop soundtrack and featuring an impressive ensemble cast that includes The Wire’s Michael K. Williams, Erykah Badu, and rapper Machine Gun Kelly, The Land crackles with the energy and poetry of the streets.

What started as a humble graffiti ‘zine in 1996 would soon grow to be one of the most trusted outlets for youth-spawned urban culture. Today, Mass Appeal is a media collective led by authentic voices and inspired minds. We are a platform for radical creatives who are transforming culture. 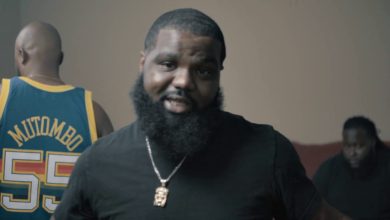