For her first release of 2019, recording artist, model, and influencer India Love collaborates with popular UK-based fashion retailer PRETTY LITTLE THING for the will.i.am-produced and featured single “#Pretty” through eOne Music. The music video will be released February 21, 2019, at Midnight EST.

As part of the countdown excitement for the premiere of #Pretty music video release, India Love and will.i.am will join PRETTY LITTLE THING as they open their U.S. flagship boutique headquarters on February 22, 2019, located at 8587 Melrose Avenue, in Los Angeles.

“I’ve been recording and releasing music for about a year now, and I continue to develop as an artist,” says India. ‘#Pretty’ is the perfect union of the strides I’ve made in music alongside fashion thanks to the guidance of will.i.am through i.amMedia and Umar who, of course, is Mr. PRETTY LITTLE THING.”

A fan of India’s widespread reach across the digital sphere, PRETTY LITTLE THING co-founder Umar Kamani also a good friend of will.i.am. The end result is an audio/visual combo that continues to position India and PRETTY LITTLE THING as both fashion and music tastemakers.

“I’m incredibly excited to be working with will.i.am and India on this project,” said Kamani. “India is someone who PLT has worked with successfully in the past and when will.i.am discussed a music collaboration with India and PLT, it made complete sense.”

will.i.am continues to further his artistic mentorship of India as she develops into the next international superstar, including working with PRETTY LITTLE THING and “#Pretty” that will further expand her international popularity.

“India never ceases to amaze me with her evolution as an artist and ‘#Pretty’ is the perfect example of her ability to make music outside of the box,” explains will.i.am.

In 2018 India Love released several musical offerings including “Trouble,” “Talk Yo Sh!t,” and “Candy On The Block,” alongside opening for the Black Eyed Peas on the promotional European tour of their seventh studio album Masters of the Sun Vol.1. 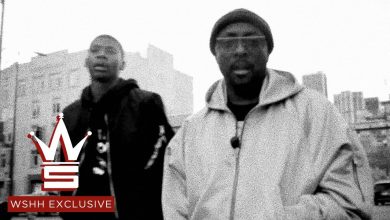