Quelle Chris fucks with himself. Most of the time. Honestly, it might depend on when and where you catch him. That’s to say that the Detroit representative is like the rest of us—surfing on waves of self-confidence, enduring periods of self-doubt, and searching for a sustainable balance.

The primary difference between Quelle and us is that he’s supremely gifted at rapping and producing. He’s funnier too—in the way that the best comedians are deceptively complex and prone to bouts of melancholy. His new album, Being You is Great, I Wish I Could Be You More Often, is one of the most poignant, self-aware, and hilarious rap albums in recent memory. We should probably offer him some flowers, a case of expensive liquor, and cover the bill for the group therapy session.

Despite the preponderance of talent sharing the stage, the guests bend to the world that Quelle created. A darker shade of psychedelia, as if Madvillain gobbled anti-anxiety pills instead of psilocybin. Or maybe a fraternal drunken twin to Open Mike Eagle’s “Dark Comedy.”

The title comes from a real-life discussion about the difficulties of consistency. How each of us are subject to both our own bad spirits and bursts of inspiration, those unavoidable Serotonin and dopamine peaks and valleys. Being You is Great is an attempt to catalog those moods. It’s about learning to love, or at least recognize, the best and worst of one’s self. It’s about loneliness and comfort. Learning to hate love and learning to love hate.

Sequenced so that extreme confidence follows casual despair, the pendulum swings back and forth, mirroring our own emotions and validating something that Nietszche and Ray Bradbury once claimed: “we have art so we won’t die of truth.”

If hip-hop is filled with everymen and superheroes, Quelle Chris has done something quietly radical. This record is almost too human—full of the sublte revelations that only come to you later in life, when you realize that heroes make plenty of errors, and anti-heroes often have merit.

It’s not an exuberant celebration of human life, nor is it a politicized condemnation of what got us here. It’s a record with beats that will make you bob your head and tap your feet, and clever lyrics that will make you laugh and scrunch your face. But most of all, it’s a record with a tremendous reserve of empathy. Something that captures the wonder and madness of being human. Something relentlessly honest. Something great. 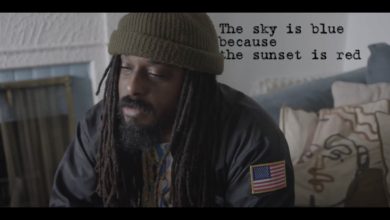 Quelle Chris feat. MoRuf & Pink Siifu – The Sky Is Blue Because The Sunset Is Red 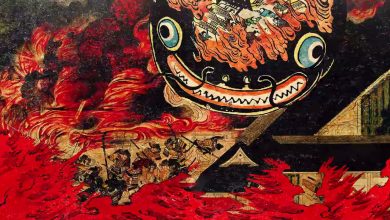 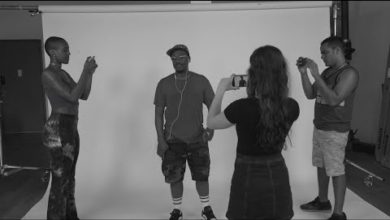 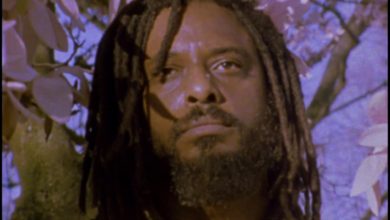