Today, rising hip hop artist whiterosemoxie releases the video for his track “west side boys” via 300 Entertainment – watch here. “west side boys” comes off of whiterosemoxie’s acclaimed mixtape white ceilings. “west side boys” is a down-tempo dream–moxie’s tone is striking and his lyrics impassioned. The music video stars moxie and his friends, reminiscent of a ‘day-in-the-life’ of the 18-year-old Detroit native. The visual for “west side boys” premieres today on Pigeons and Planes and the video will be hosted on the Pigeons and Planes YouTube channel. This song and visual should be on everyone’s radar preceding his upcoming mixtape release. moxie notes that dropping the west side boys video before grae ceilings is a reminder that in all the grey area and this time of transition, the people around you have to be the rock and foundation.

The Detroit native may have just finished high school, but his music is starting to resonate with kids around the world. At a mere 18, “moxie,” who started making music after a near death experience, was named Pigeons & Planes Best New Artist of the Month (April). Until recently, he made all his music alone in his basement pulling beats offline, so it’s not surprising that his lyrics are vulnerable and introspective.

“west side boys” comes on the heels of his latest track “ihop” (listen here), an ode to high school nostalgia. whiterosemoxie’s debut full-length studio project white ceilings has already garnered him the eyes of the industry with over 4 million streams. On white ceilings moxie paints a picture of the life his friends have lived during high school. The white ceilings they see everyday hanging out in basements become moxie’s metaphor for removing the ceilings people try to put on his limitless potential. moxie is now gearing up for a second full-length project, grae ceilings.

whiterosemoxie’s grae ceilings is set to release September 25th. Things get a little hazier in grae ceilings as moxie and his friends mature and both their dreams & struggles solidify. The mixtape is a follow-up to his debut full length mixtape white ceilings, which dropped back in March. Written during the middle of his senior year, white ceilings was a project meant to encapsulate the energy and diversity of moxie and his peers’ high school experience growing up on Detroit’s west side as he looked towards graduation and his future. moxie wrote grae ceilings as a way to document the upheaval that followed white ceilings and the grey area he feels himself and the world trapped in: COVID cutting his senior year short and leaving him and his friends with a zoom graduation and no prom; getting a record deal but not being able to go to studios or tour; turning 18 and moving out on his own but being quarantined away from his friends; tasting the freedom of adulthood, but the daily news cycle reminding him that he and his people are not really free in a country where they can be killed any day. He feels like he and the world are waiting for something, stuck in limbo. grae ceilings.

There are exciting things ahead for whiterosemoxie. 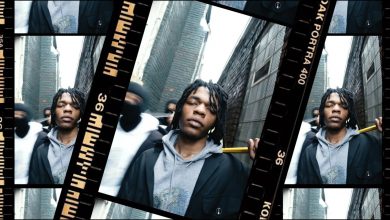 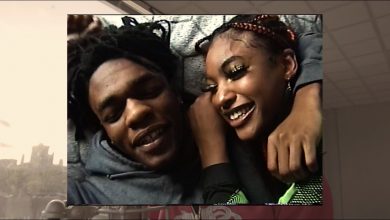