Breaking boundaries once more, rising artist-producer 1nonly uncovers an otherworldly and cinematic music video for his new single “Shut It” today. Watch the “Shut It” video above. It remains a standout from his undeniable and inimitable debut, Homesick EP, out now.

The visual finds 1nonly stuck inside of a cubicle. He teems with nervous energy to flip the nine-to-five grind upside down—and he does so both figuratively and literally! “Shut It” intercuts manic hand-drawn sketches on a whiteboard with copy machine struggles as a coworker licks an envelope seemingly forever. In between toiling away at his desk, he raps to the camera over a thick bass line. Soon the action spills over to another dimension projected as a psychedelic silhouette of the artist during the final crescendo.

Like every move he’s made thus far, the clip only further asserts his unmitigated and unrestrained unpredictability.

Homesick also continues to make waves. It has already piled up tens of millions of streams in addition to attracting critical acclaim. Of the EP, The Honey Pop raved, “We are obsessed,” and assured, “This will not only be a fan favorite project, but also will be the introduction to 1nonly to thousands of new fans (including you perhaps!)”

Across eight tracks, including the singles “Step Back!,” “leave,” and “Mine,” 1nonly flexes his unique flow — molding a cohesive narrative through contrasting sonic palettes and commanding delivery.

“This EP is really like an album for me,” 1nonly says. “I’ve never released this many songs at once.” It’s the product of months of studio sessions. “It was a huge creative effort, and I dug deep into everything that has inspired me and pushed me to music my whole life,” he continues. “Growing up. My childhood. My friends. My family. Skateboarding. Fashion. Everything at once crashing together and then figuring it all out in a song for my day one fans.”

Fans received a dose of Homesick from a steady stream of successful singles, such as July’s boastful single “Mine” and September’s similarly brash, textured “Step Back!” alongside New Zealand rapper-producer SXMPRA. Last month, 1nonly built on that momentum by unleashing “Leave,” a standout single in a string of scorching tracks released this year.

From top to bottom, 1nonly vents about how he’s perceived in different situations — exploring whether external success correlates to self-assuredness. In the opener, “Shut It,” he feels on top of the world, while slower-burning tracks like “Love At First Sight” featuring Mkay (“I don’t hate you, I just hate myself”) and the Shady Moon-assisted “Disappear” explore heartbreak and insecurity.

The stage was set for the Las Vegas native’s breakout 2022 — including a set at 88rising’s Head In The Clouds Festival in August — with last year’s “Zoom!” and “DANCE!” with Ciscaux and Wassup Rocker, garnering more than 50 million streams on Spotify alone. With Homesick, 1nonly solidifies his innate ability to construct hypnotic musical worlds where fans can either lose or find themselves.

ABOUT 1NONLY:
1nonly’s gothic raps are grim, yet glamorous. Every song is a blur of euphoria and violence, a mosh pit of TikTok generation rap tropes, while he sits at the center, dropping flexes in a deceptively casual cadence. He’s at peace in the chaos. Born Nathan Fuller in 2004 in Las Vegas, NV, 1nonly first dove into alt-metal bands like Linkin Park and Breaking Benjamin, later finding hop-hop as a high schooler through skate culture and the internet. He put out his first music in 2019, recorded on a gaming headset, and immediately found an audience for his hooky, tongue-in-cheek style. As he immersed himself in recording more, he shifted from bedroom pop to rap and began honing his sample-heavy sound. Now signed to Warner Records and represented by Wax Management, 1nonly wants to take his songwriting to the next level, working with SoundCloud rappers who inspired him, like Xavier Wulf and Night Lovell, and tapping even further into the romantic darkness he’s cultivated in his music. He’s one of rap’s true punks, making uniquely gloomy, angsty, and otherworldly songs that just might push the whole genre—multiple genres, even—forward. 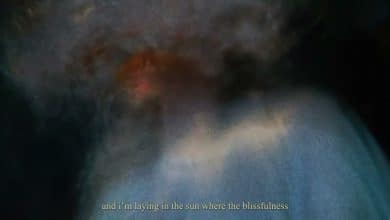