On the heels of his stellar DAY N VEGAS performance, GRAMMY-nominated Indiana rap icon Freddie Gibbs reunites with Yonkers legend Jadakiss for the new single “Black Illuminati” on Warner Records. A grim yet grand meeting of two elite lyricists revered for their vivid street narratives, “Black Illuminati” finds these masters of craft detailing their journeys while celebrating the acclaim and financial successes their music has afforded. Accompanying the single is a video that matches the moody and minimal feel.

“Black Illuminati” marks the first time Gibbs and Jadakiss have teamed up since 2012’s “Krazy.” Though many years have elapsed, their chemistry remains potent. Over a beat that recalls both quiet storm R&B and emotive low-key electronics, Gibbs spits with fervent passion, technical mastery, and graphically detailed lyrics that have made millions connect with his music: “They want to take me out this game like Sha’Carri / Black Illuminati, touch big rabbits, streets need a body.” Jadakiss follows with his trademark laugh and a verse that proves the years have made him wiser, sharper, and even more assured of his enduring stature.

The music video finds Gibbs and Jadakiss in an estate that reeks of old money. Between clips of the duo driving through a nocturnal cityscape, Gibbs raps into two ornate mirrors, flanked by women, exemplifying the depth and layers of his rhymes—he’s always working multiple angles.

“Black Illuminati” comes in the wake of Gibbs’ incredible run over the last year. He shared a pair of evocative, engaging singles—”Big Boss Rabbit” and “Gang Signs” with ScHoolboy Q. Alfredo, his pensive and searing Alchemist-produced album, hit #4 on the Billboard Top Album chart in 2020, received widespread acclaim, and, this year, received a GRAMMY nomination for Best Rap Album.

“Black Illuminati” also arrives with an exclusive merch drop that features Simpsons-inspired animations on hoodies, t-shirts and hats, available for purchase at kanecomics.shop. The new song and merch closely follows the debut of Gibbs’ own collaborative line of natural wines, Big Rabbit Wines presented by Built To Spill Wines, which debuted earlier this week with a rosé sourced by Forlorn Hope/Rorick Wines, available for purchase now.

Gibbs also made his award-winning feature film acting debut this year in Down with the King, written and directed by Diego Ongaro. The film won the grand prize at the Deauville American Film Festival and Freddie received praise from major media outlets for his work. About his role, The Austin Chronicle said, “Gibbs in particular fills the seemingly-indomitable Maxwell with doubt and self-doubt. He gives the story particular insight into the rap game (a pointed conversation about the genre’s violent baggage is especially loaded), but never lets the narrative fall into the easy traps of the “musician moves to the country, falls in love, finds new life in nature” predictable path.”

Now, as he prepares his major-label debut, “Black Illuminati” is a reminder of all Freddie Gibbs has survived on the streets, and in the industry, while showcasing the inimitable talent he’s refined with every release.

ABOUT FREDDIE GIBBS:
Freddie Gibbs has become one of hip-hop’s most important, inimitable, and influential voices via his quotable wordplay, versatile songs, and unflinching honesty. Since 2004, the uncompromising Indiana-raised rapper has built a diehard global fan base and regularly attracted tastemaker adoration. His discography includes 20-plus mixtapes, eight EPs, four official solo albums, and four top-billed collaborative records. 2019’s Bandana with Madlib was a new critical and commercial high watermark. After bowing at #21 on the Billboard Top 200, it closed 2019 on year-end lists by Vulture, Vibe, UPROXX,Stereogum, Noisey, SPIN, Complex, and more. GQ called it “one of the best albums of the year” and promised, “Freddie Gibbs will rap circles around anybody.” Teaming up with Warner Records in 2020, his momentum only accelerated six months later as The Alchemist-assisted Alfredo drew the same enthusiasm, landing a 2021 GRAMMY nomination for Best Rap Album and hitting #4 on the Billboard Top Album Sales chart. Freddie Gibbs has collaborated with everyone from Pusha T, Killer Mike, Anderson .Paak, and Yasiin Bey to Tyler, The Creator, Gucci Mane, A$AP Ferg, Jay Rock, and Young Thug, in addition to contributing music to blockbuster video game franchises, such as Grand Theft Auto, Max Payne, and NBA2K. Previously, Gibbs teamed up with ESPN for Black History Month, to perform on their “Black History Always” special The Undefeated Presents: A Room of Our Own, and was featured on The Undefeated’s Music For The Moment/Black History Always EP. 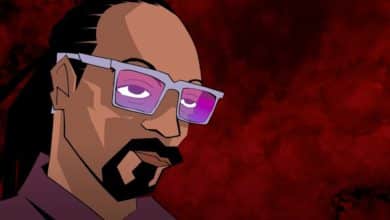 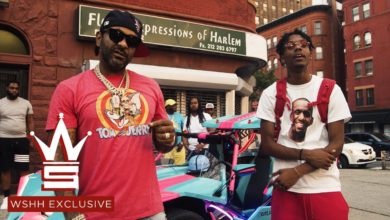 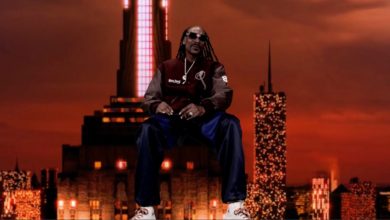 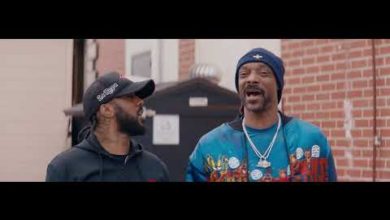