Chicago rapper Lil Romo released his highly anticipated new visual for “Tippy Toes” today via The Programm/EMPIRE. The run-and-gun video, shot by Chicago street shooter MoneyStrongTV, finds Romo hanging on the block with all of his guys. “Growing up as a kid was taught its different strokes for different folks,” Lil Romo raps on the Kid Wond3r and AllDay-produced track. “Tippy Toes” is the latest visual released from Lil Romo’s debut project, King Without A Crown, available everywhere now.

King Without A Crown’s 13-track body of work features production from Kid Wond3r, AllDay, OG Mic Will and more. On the project, the Chicago rookie tells his story the only way he knows how, through thought provoking lyrics and genre bending melodies. With over 2000+ shootings in Chicago so far in 2020, Lil Romo acts as a critical witness of the violence. King Without A Crown is Lil Romo’s ode to his violence wrought city.

Romo’s unapologetic storytelling has garnered the attention of an active audience. He burst onto the scene in early 2019 with the release of the street anthem “Let’s Do It,” which has clocked in over 1M views on YouTube to date. With follow up hit “Move For Me” at half a million views and all recent releases amassing hundreds of thousands of hits in mere days, Chicago newcomer Lil Romo’s trajectory is true to his position at the #1 spot on Chicago media outlet WhatsTheWordTV’s 2020ArtistToWatch list.

Born and raised in Englewood, Chicago, 18-year-old Lil Romo faced some of life’s harshest challenges early on. Romo’s love for music dates back to his pre-teen years and he lists Lil Wayne and Michael Jackson as early musical influences. These artists ignited his appreciation for lyricism and artistry. With intentions of highlighting his unwavering love for his hometown while also anticipating putting all of the negative aspects behind him, Lil Romo zooms in on real life stories about growing up and simply existing in Chicago. With hundreds of thousands of views across YouTube and the release of his highly anticipated debut project, King Without A Crown, Lil Romo is poised for a major year. 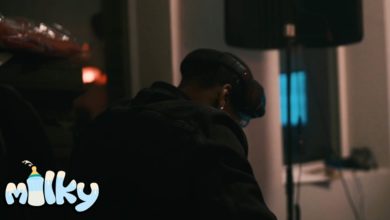 Lil Romo – Since I Started