Riding a wave of uncontainable momentum into 2023, East Tampa Florida rapper Taleban Dooda unleashes the music video for his latest single “Glokk Starz” today. Watch it above. It’s a climactic and melodic visual that compliments his new mixtape, Step Wit A Passion.

The track’s acoustic guitar sample snakes around a skittering beat ignited by Dooda’s inimitable high-pitched cadence. He leans into the verses with clear delivery as he observes, “It’s my second time in Cali, they think I’m Hollywood. I could never be that way I’m just too Hollyhood.” Soon after, he asserts, “I’m a Glokk Star.” In the video, he raps from inside of a packed apartment complex. Perched atop a railing, with puffs of smoke and friends surrounding him. It projects a-night-in-the-life of Dooda onscreen in all of its glory.

Meanwhile, Step Wit A Passion has just begun to heat up at streaming platforms highlighted by the likes of “If It Happen It Happen.”

The new project follows Dooda’s other 2022 project White Chalk & Yellow Tape, which is similarly cohesive from front to back. That hard-hitting collection included “It’s Me,” a series of verbal vignettes from the MC’s past over piano notes and a minimal drumbeat, and “Go” — a track that takes aim at “social beef.” His music has received praise from Pitchfork, Noisey, Hot New Hip Hop, No Jumper, and more!

Dooda levels up with Step Wit A Passion, showing off his skills and insatiable ambition. 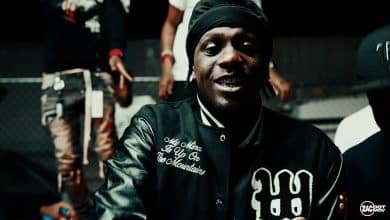 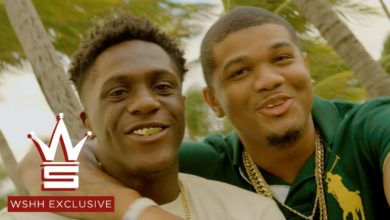