Shot in Kingston by director Damian Fyffe [DJ Khaled, Rihanna], the cinematic visual places viewers in the heart of the Caribbean—through the eyes of XXXTentacion.

As if watching over the proceedings, a stunning graffiti mural in tribute of the late superstar overtakes a wall in the middle of the city, directing its gaze at the surrounding action. Joined by an international A-list cast, Ky-Mani Marley oversees a de facto military unit as Stefflon Don flexes her jewels and rhymes in front of a regal mare. Sikka Rymes portrays VYBZ Kartel as the island percussion builds towards a hard-hitting chant. At the center of the song, XXXTentacion slides from rapid bars into a dancehall rhythm, illuminating his genre-breaking mastery and homage to Jamaica. 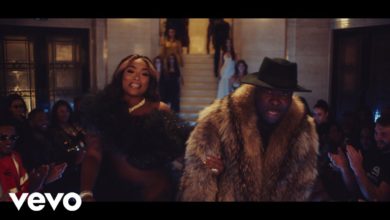