Today, Brooklyn M.V.P. Lola Brooke unleashes her highly anticipated track “Here I Come” [via Team Eighty Productions] with a tenaciously tantalizing accompanying official music video available to watch above. The call-to-action music release dominates with a chant-like hook forewarning audiences of Lola’s reign that spectators have yet to experience the full range of. The no holds barred track was first teased by Lola via social media resulting in thousands of mentions and attests to the track’s eagerly awaited status.

On the heels of today’s latest music offering from the flourishing Rap phenom, Lola’s hit “Don’t Play With It” continues to rise to the forefront gaining traction across all music-leaning channels. Within the past month solely, the base-knocking single has amassed 4 + million streams for the static audio. Elsewhere, the track garnered over 300 + thousand TikTok video creations, peaked at #9 on TikTok Viral chart, and has garnered 100 + million views on the platform. The official music video flows with 2 + million views via YouTube. “Don’t Play With It” has recently earned placements on coveted playlists across major platforms, including Apple Music’s “New in Hip-Hop,” “High Maintenance,” “BASE:LINE” and Spotify’s “Most Necessary” “Feelin’ Myself,” “State Of Mind,” and “Pressure.”

The Reefa Music-produced track [Lil Wayne, Rick Ross, Lola Brooke], “Here I Come” serves as both a fresh re-introduction for the lyrical assassin, Lola Brooke, as she continues to make her mark as the ‘New Face of New York’ and an indication that she is not one to be played with to all who have followed her journey to stardom from the beginning. The Density & StarMazzi-directed official music video magnifies the lyrical prowess and irresistible charisma of the self-proclaimed 718 princess.

ABOUT LOLA BROOKE:
Few have been true to the roots of Brooklyn, New York while having the charisma and talent to transcend its identity. Yet, Lola Brooke, at full tilt, is making a stand-out case as one of Brooklyn’s heavyweights for the city that might just boast the best legacy in all of Hip-Hop. She may only clock in at 4’ 9”, but her lyrical presence casts a skyscraper-sized shadow over the game. She delivers words through unpredictable cadences laced with quotable lyrics and flush with attitude. She embodies the unbridled energy of drill yet kicks street knowledge with confidence and leans into the future with genre-busting fire. She has no shortage of charisma, and it defines her sound just as much as her delivery does. As such, she asserts herself as New York’s next hometown hero backed up by a growing body of work. It’s all why she’s tallied streams in the millions and is keenly tipped for a major breakthrough this year.

However, her story all starts in Brooklyn.

Since her mom raised her as a single parent, Lola spent a lot of time alone in their apartment. With her mother at work, she found comfort in music, especially hip-hop. A 50 Cent video served as her gateway into the genre as she went on to study the likes of Meek Mill “for the hunger” and Lil Wayne “for the punchlines.” At the same time, she journaled daily in a diary throughout elementary school. Her poetry eventually turned into raps recorded on her cousin’s computer. She quietly wrote and cut tracks of her own, battling loneliness and isolation. However, rap gave her confidence and projected her voice. “I felt small, but I was raised to feel bigger,” she notes. “It’s why I’m so loud and demanding now, because I want to be heard.”

The culture heard her loud and clear too. In 2016, she buzzed out of Brooklyn by spitting with relentless street energy on a series of D.I.Y. freestyles. Speaking directly to her hometown and channeling its spirit, “Brooklyn Freestyle” exploded, and it caught the attention of Team Eighty Productions who signed her.

With Team Eighty Productions in her corner, she projected her voice far beyond the Borough having already earned the respect of heavy-hitters such as Meek Mill, Foxy Brown, Jadakiss, and Snoop Dogg in addition to tastemakers a la Pitchfork, Lyrical Lemonade, Flaunt, Revolt, and XXL who named her one of “10 Drill Rappers to Listen to Right Now.”

Among many highlights, “Don’t Play With It” [feat. Billy B] rides a Midwest beat towards an authoritative hook. She tears through the production with a gruff cadence right from the gut punctuated as she warns, “Bitch, I just begun.” Lola dips into another vibe altogether on 2022’s “On My Mind.” The airy production underscores her emotionally charged intonation. Then, there’s “Gator Season.” She bares her teeth yet again with razor-sharp precision, pummeling force, and a seismic snap.

Now, Lola continues Brooklyn’s legacy on her own terms, sealing her spot among the Borough’s finest. 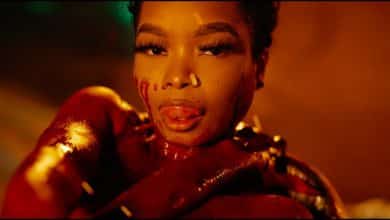