Platinum-selling MC Royce 5’9” returns with a brand new single and visual, “Black Savage” featuring Sy Ari Da Kid, White Gold, Cyhi The Prynce and T.I. The track is a preview to Royce’s full-length project, due out in early 2020 on Entertainment One/Heaven Studios, Inc. Directed by Joe Lafleur, the video offers a visual for the powerful lyrics that showcase the true meaning of a ‘Black Savage.’

“BLACK SAVAGE” was also selected as the latest song for the NFL Inspire Change “Songs of the Season” series. The song will be heard on Thursday Night Football and will continue to be used throughout the NFL season in broadcasts, pre-game shows, post-game highlights as well as across digital streaming platforms.

Royce 5’9″ – Verse #1
Yeah, I ain’t ya average rapper residing in Calabasas
Mashin the Aston thru Malagasy in Madagascar
I don’t believe in your white Jesus and last suppers
I place value on brothers who never had justice
I am the black savage
Ali and Foreman in Zaire fightin for black magic rifles and flack jackets
Momma was suicidal poppa had bad habits
Product of true survival, rocker like Black Sabbath
Hoppin up out the Chevy Pac, Biggie, Machiavelli
OG like Nas or Reggie culture like Ox in Belly
Vulgar like Akinyele focus like Dr. Sebi
We did it your way but now the culture is boppin to our Sinatra medley
Im limitless energy they gimmicks and imagery
Kendrick, Cole and the Kennedys lyrical Holy Trinity
General of the city they into promoting silly beef
Keepin it Willy D, Weezy on the A Milli beat
Dream Chaser facin the enemy like my nigga Meek
Tyler Perry writing my winning speech like it’s Emmy week
Heart of gold never sold my soul glock weighs a ton
Hov tellin Lori Harvey no at Roc Nation Brunch.

White Gold – Bridge
How much more do you want
You wanna send us back to where we came from
‘Cause we just savages
Well here’s my ass to kiss yeah yeah
I’m made of gold my nigga
I go back home, I’m a goldmine nigga
We taking all the land back they stole my nigga
‘Cause what you reap now is what you show my nigga
Where your soul my nigga Goddamn

CyHi The Prynce (waiting on final confirmation) – Verse #2
If I ruled the world
I would go return all the gold that was stole
Reupholster the nose on the sphinx it’s a world war huh
They tryin to take soul outta soul
Niggas say I sold out I never sold out a show
Even tho people drove out in droves
Plus a whole lotta hoes I suppose,
On the road to success
You gotta pay the toll I was told
I don’t hang with pawns I’m Gangus Kahn
Slang with a gang of cons that came with guns
Who speak the language from the ancient ones
Dangerous huh
We shinin nigga shame the sun
Do I move D or stay in Saint Laurent
Cuz yall fashion week and this ain’t Milan
Collusive to your once Ponce De Leon
Make sure theys pepper corn sauce on my fillet mignon my nigga

Sy Ari Da kid
One life to live just don’t settle one life ima live forever
Stand for something fall for nothing no
Rest in Peace to dead that’s on my soul?
You only die once and then you gone
Who thought we’d be fightin all along
Who don’t know the rights from the wrong
Truth comes to the light behind it all

T.I. Verse #3
My first reaction “……” my antenna
Sinner cause we born sinners
Killas cause we want dinner
Try to warn niggas”
Better keep on growin
Try to stay away from foreign nigga
Better recognize when the devil shows his horns
He enjoying his whores like Donald Goines
Theres a difference between yours
And Tomeka and Lauren
Young Warren Buffet in his prime you ain’t even know it
How she supposed to get thick you just be feedin her corn
With your corny ass get robbed while she fuckin on your horny ass
Go to jail tell it all before you ask for your attorney ass
Nigga, you could never be me knew who I was before I got out the trap to sell a cd
I been shoulder shoulder with gangsta facing LAPD
Felony after felony still they be yelling me free
Now my philosophy is no possession no apostrophe
Cause ain’t no use in being in prison you don’t gotta be
Ironically we dodging crazy crackers with with hammers
Just how they used to dodge nigga with braids and bandana
Man it been more mass killin than its days in the year
Wonder if fighting for it worth as much as leaving it here 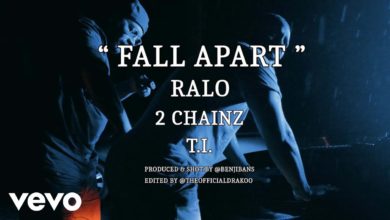 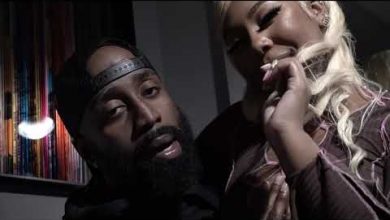 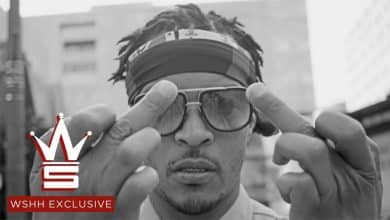 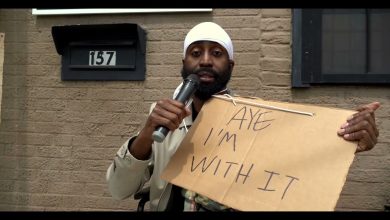