Discussing the track and video, Yung Trybez and Young D noted, “Everybody has that uncle in the family that reminisces about the glory days, talks about himself in a big way and often boasts about what he used to be, coulda been or what he thinks he is, but the rest of the family don’t necessarily see it that way. We wanted to make some subtle references to Uncle Rico from ‘Napoleon Dynamite’ in the video because the movie is dope and he is that personification of what we’re talking about. The song is really about ego, and it’s that inner ego that everyone holds within them.

We started working last year with director Sterling Larose. He brought our concept to life! We were able to bring in Cody Lightning to play our Uncle Rico in the video. He was perfect and we’ve been long-time fans since his breakout role in ‘Smoke Signals’. We brought a real dope mix of artists and creatives to the video shoot and in 98 degree weather, shot it around North Vancouver, BC.”

Director Sterling Larose added, “Uncle Rico was shot on one of the hottest days in West Coast history. With that came a few challenges. It’s one of those shoot days you don’t forget, but the energy of Quinton and Darren and the whole group pushed everyone through.

We shot on 16mm film which was a dream. The look and feel of film is so tactile and raw and really lent itself to what we were trying to capture. The other thing with film is that you only have so much so we had to be careful. You have to get it in 2-3 takes and move on. Luckily the guys are naturals. Cody lightning was great to work with. He was consistently inventive and always brought ideas to the table. He, Quinton and Darren even ate really hot hot wings 5+ times. True professionals.

Our amazing Director of Photography, Kaayla Whachell made everything look great, and our producers Sophia and Luis, kept everyone safe and hydrated, while also keeping the show moving.”

From various awards and multiple millions of streams to heavy international touring, Snotty Nose Rez Kids have had a vibrant career to date. 2020 brought a lot of touring plans to a screeching halt, but the duo made use of the past year to stay busy recording. On the continued development of their signature ‘Indigenous Trap’ genre, Young D says, “This one was unique for both writing and recording. We never want to make the same project twice. We’re always trying to push the boundaries for our writing and recording. We never want to stop growing as artists and individuals. New cadences, new flows, new everything! We’ve been grinding at our pen game too! Punchlines, wordplay, metaphors, story telling, the whole nine. We never stop learning and growing.”

Since taking on the music industry by storm with back-to-back albums in 2017, multiple awards and nominations for albums ‘The Average Savage’ and ‘TRAPLINE,’ and amassing over 2.5 million streams on hit “Boujee Natives,” SNRK have developed into a force within the Hip-Hop landscape. “Something Else” is a window into the direction of Snotty Nose Rez Kids’ music. The duo have taken more control over all aspects of their music, self-producing and recording in their own home-built studio. Though touring is still on hold, the duo will be back soon with new announcements. 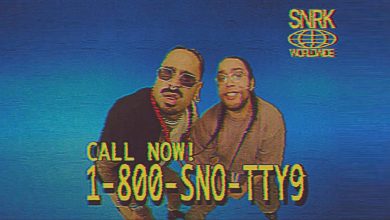 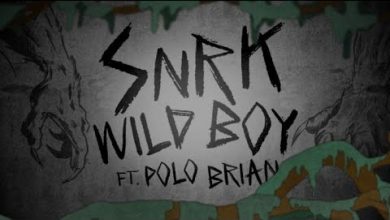 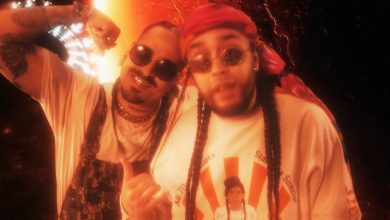 Snotty Nose Rez Kids – Something Else