G Herbo is back with a new track. The Chicago rhymer dropped his new song “Locked In” on Friday (April 22), a dedicated ode to his late brother Gregory “Lil Greg” Jackson, and gave it the visual treatment with a new video directed by Lawrence Mahone.

“I was in a slump since I lost my brother,” Herb raps alongside wailing guitars. “Locked In” continues to recount some of the hardships he experienced following the untimely passing of Lil Greg.

“Locked In” comes after Herbo dropped off his latest album 25 on July 2, 2021. The project featured appearances from Polo G, 21 Savage, Gunna, Rowdy Rebel, Lil Tjay and The Kid LAROI.

Check out the video for “Locked In” above.

I was in a slump
Ever since I lost my brother, I’ve been getting drunk
Slowly crawling out the hump, shit got me fucked up, mentally
Any nigga play with me I dunk, physically
Everywhere I be we keep a couple glocks tucked
I ain’t hard to see I’m in that double R truck
I can’t lie, I got a lot of money, ton of money
Stackin money, I don’t walk to money, run to money
Money callin, bitch I go to money, come to money
Money Fallin’, I got Winter money, Summer money
Uh oh, woke up spent a hundo
Still don’t give a Fuck though
Clips with hunchos, Glocks with switches get a bunch of em
Had them killas touch on em, like they got a crush on em
We get niggas scared shots never put a crutch on em
Like the gear, I clutch on it
We could wait to buss on em
Took years he had luck though but fuck buddy he cutthroat
Me and foenem cut throats
We ain’t waiting on no get backs so it’s bro nem must go
Run up hittin, really with that, we make niggas drop poles
Man, shout out to the hoes, we make bitches drop lo’s
And they texting lock codes
He a hoe, his glock cold
Fingers twitching when I tote, fire itching in my coat
I’m a say it and I quote: I can’t wait for gun smoke
In them trenches I’m a goat, Like my mama fuck goats
I can’t sleep I stay woke
Silent I’m forever woke dreamin like I’m never woke got knowledge I’m forever woke
Setbacks but I got better though the realest shit I never wrote
I’m crazy but I’m clever though they came to me I never spoke
Gang shit I’m claiming it
Get angry I’m dangerous
Don’t run I got range
This shit change me when I’m aiming it
120 in 2 lanes
Swervo can’t be in no Wrangler
200 on 2 chains when they hang and they tanglin
I Hustle all day I come from hallways slangin it
You hop out broad day, fuck with you the long way, rectangular
This shit ain’t hard man my opps be sitting ducks, dangling
We tint trucks daily
At least ten of us we keep our fingers twisted up bangin
You ain’t on shit what? Pussy be cliqued up
Don’t give no fuck yo clique sus
Don’t put em against us
Don’t leave niggas stiff on the fence stuck
Forgive me again for my sins
Many men fall victim of this sin cause they friends
I need a cleanse I need a rinse
Blew his fuckin brains out ain’t make no sense
Throwin B’s up we swarm shit, on cap
I love revenge, that’s a warm dish, no bap 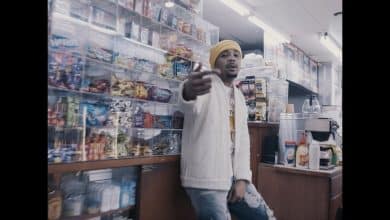 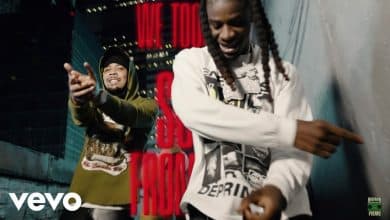 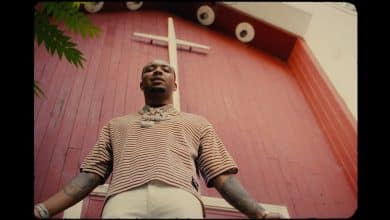 G Herbo – No Guts, No Glory 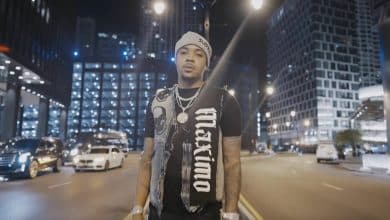